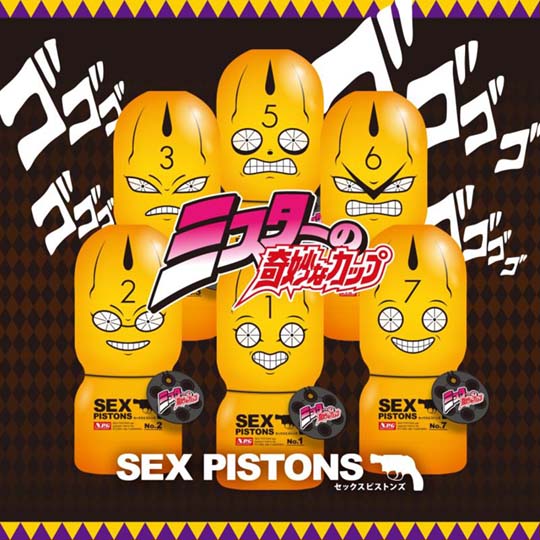 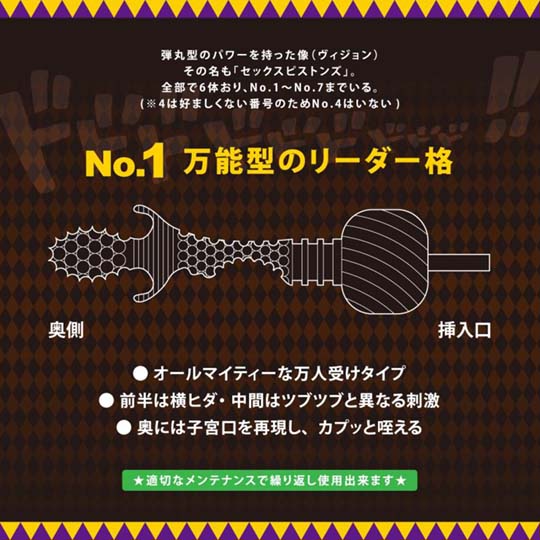 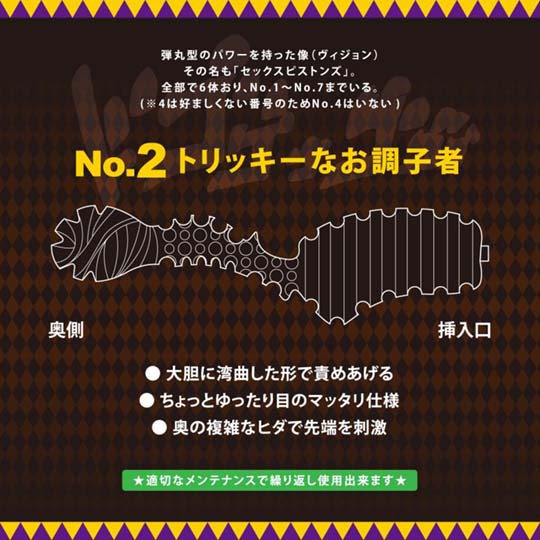 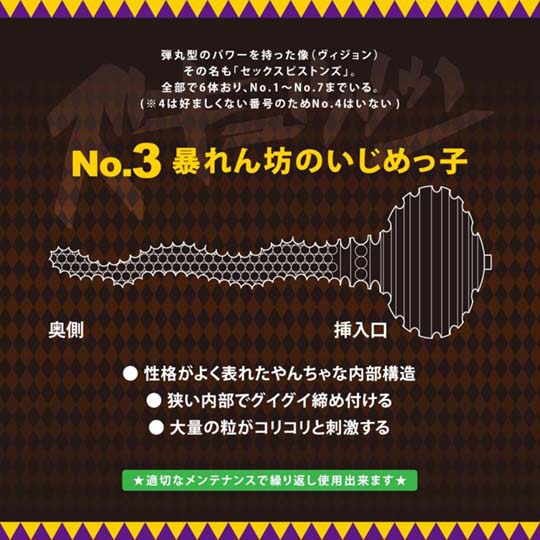 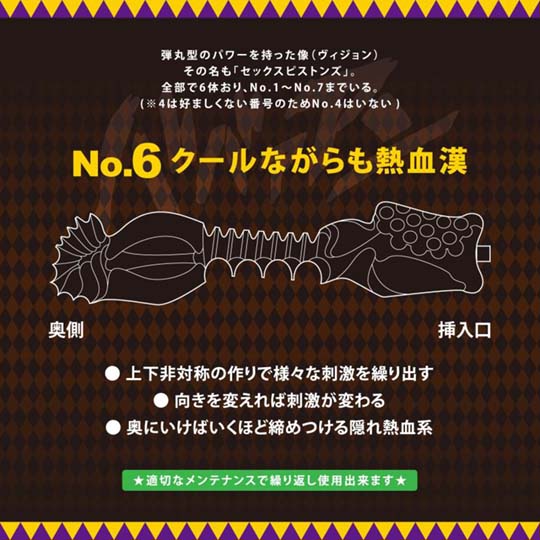 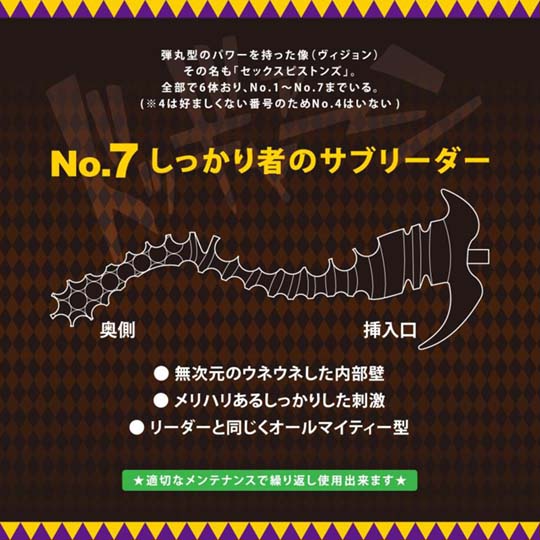 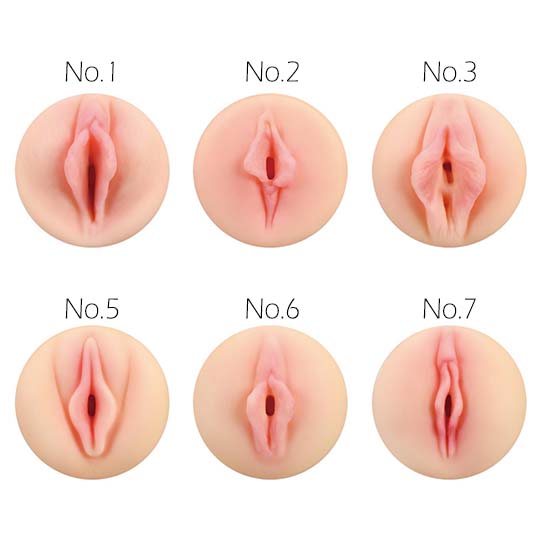 Become a core ally of the Joestar family and use the secret powers of Guido Mista's stand when you masturbate! Inspired (very unofficially) by the JoJo's Bizarre Adventure character and his little helpers, the inside of each of these cups will fill you with powerful sexual energies. Like the Sex Pistols from the original manga/anime series, the Mista's Sex Piston Bizarre Cup features six supernatural warriors. The difference here is that these masturbators are there exclusively for your personal pleasure, rather than fighting evil forces. Their numbering from one to seven deliberately leaves out a fourth, generally considered bad luck in Japan due to sounding like the word for death. Each of the toys comes with its own special stimulations, showing in both the varying labia design and insides full of pleasuring nubs and ribs.