A10 Piston Robotic Masturbator for R-1 Base Unit This product is currently sold out, but please enjoy browsing our other great and innovative items HERE

The world of Japanese adult toys can be pretty sprawling at times. Lots of types of toys and series come and go, spawning sequels, spin-offs, or just plain imitations. But some are different, the few that become absolute classics and continue to be made and sold by the thousands every year. The R-1 series by Rends is just such a classic. It is a Base Unit Control Set which you can use with a range of vibrator and sex machine accessories. The A10 Cyclone was one of the most popular, but now here is the next in the bestselling series, the A10 Piston. 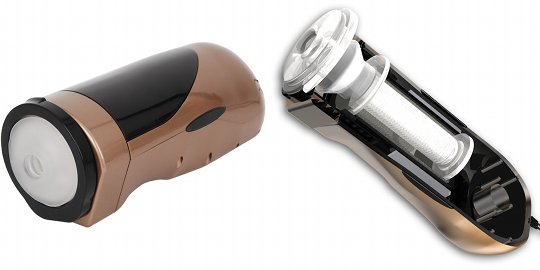 As the name suggests, the robotic masturbator is creates a piston-like up-and-down effect on your member, doing all the hard work of stimulation for you, while grinding you into up till now wholly unknown zones of pleasure. All you need to do is plug it into your R-1 Base Unit and away you go. (An AC adapter is also included so you can add extra power.)

The A10 Piston is much larger than the Cyclone, and focuses on eight variations of back-and-forth powerful motion (the A10 Cyclone moves from side and side for more variety but less oomph). This video shows the difference between the two quite nicely.

The A10 Piston Robotic Masturbator for R-1 Base Unit features: 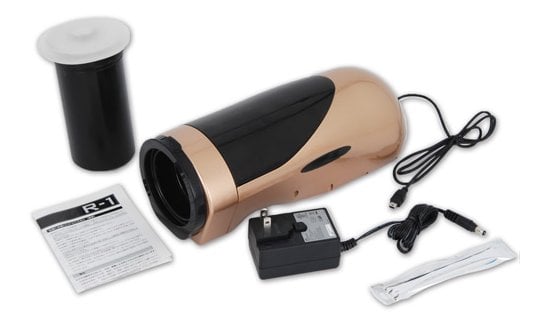